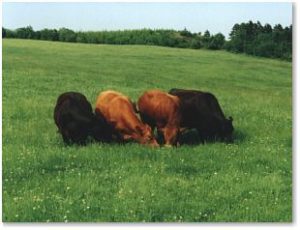 The herd on my organic farm consists of Limousine, Galloway, Angus, Simmentaler and crossbreeds, which are considered to be among the best of the beef cattle breeds. They have a very low fat percentage, a good taste as well as a meat quality, which I am really proud of.

Breeding
After many years of breeding and sometimes difficult birth giving, I have now decided to sell the breeding cows and to buy calfs at the age of 5 - 6 months. These will be fed by home grown whole grain, silage and vitamins / minerals that are free of growth acceleratorsand medical drug residues. When the cattle have a weight of about 500 - 600 kg they are picked up by "Danish Crown" and then resold by "Friland". The Danish company Friland stands for animal welfare and they have a large market share in organic meat. 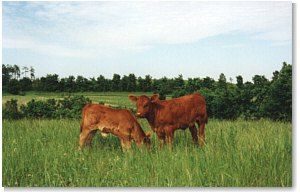 I have chosen to provide my animals with the most natural upbringing and daily life. This includes, that the animals move freely around on the surrounding grasslands in the summers, where they thrive without stress. When the weather is bad, the animals can move into a nice light barn, if they want.

On the way to organic - Approved by September 1, 2009 - Hooray !!!
I was closer than I even thought to running Tyklundgaard as an organic. That is why in 2007 I took the full step and applied to become an approved organic farm. From September 1, 2009, it is now an official fact that I am authorized to sell my beef as organic.

Tyklundgaard has received governmental subsidy to shift from conventional farming to organic. The general purpose of this subsidy is to increase the ecological area in Denmark and thereby achieve a number of benefits for the environment and biodiversity. The subsidy has helped me a lot to maintain organic production on the farm land and to sell organically produced food. 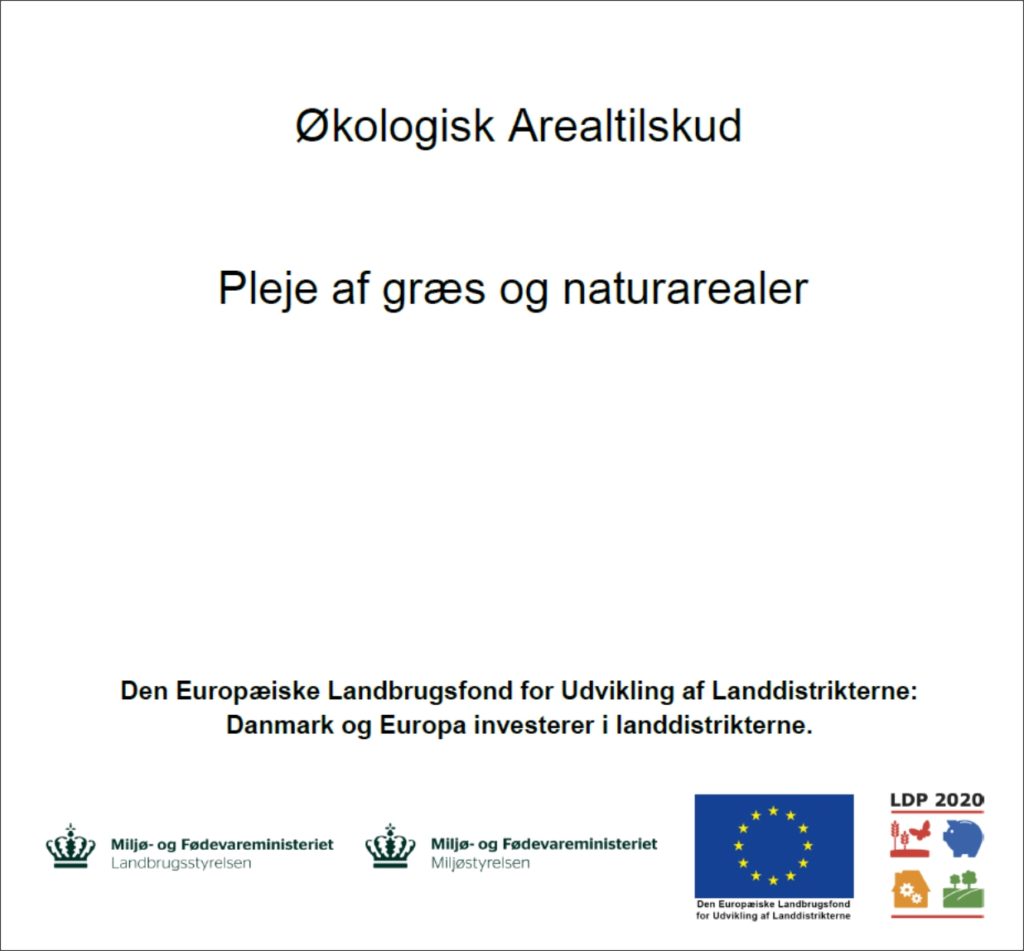